On 9 December 2017 the church was the venue for the Oddington Winter Gathering. The event was organised by the Church Users Group, with Julia Burchell and Juliet Bostock being the driving force.

Those attending were piped in by Oddington’s famous piper, Stewart Carnegie. Master of ceremonies was Mark Stanley-Price.

The programme consisted of a mixture of carols, readings and sets by the Grand Islip Parp, a group of trumpeters who are at the start of what may prove to a path to fame. The organist was Rosemary Morton-Jack.

Copious quantities of mulled wine and food were enjoyed by the large gathering, adding to a most entertaining evening. Over £200 was raised for the Oxford Homeless Project. 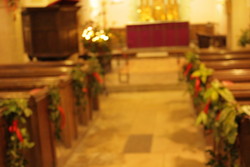 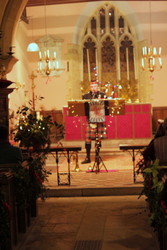 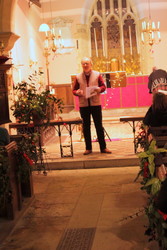 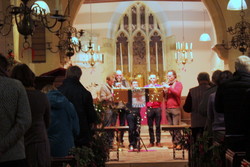 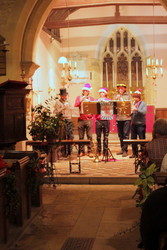 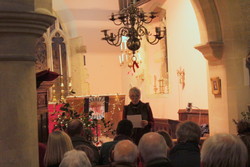 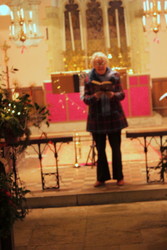