Posted on December 15, 2017 by Church of St Andrew Oddington

On 14 December 2017 the funeral took place at St. Andrew’s, Oddington of Neil Adam Lambert. Neil, the second son of Michael and Beryl Lambert, was born on 3 April 1967 when his parents were living at Pondockie, Oddington. The family later moved to Charlton-on-Otmoor but Neil returned to live at Mykynos, Oddington. 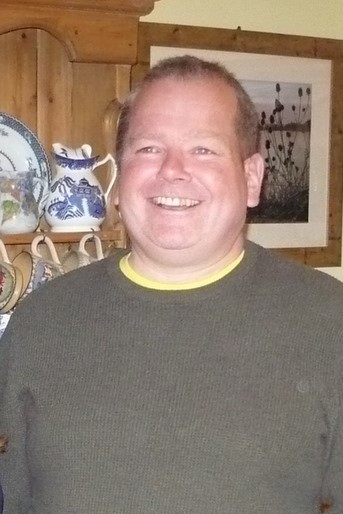 Neil fully embraced life in Oddington and was always on hand to help, and indeed organise, any practical task. He took on the task of mowing the communal grass, entirely at his own expense, and kept this up right until the time that his illness reached its final stages.

A motor mechanic by trade, Neil spent his final years working in the development section of Williams Formula One at Grove.

Neil’s funeral was a truly amazing event and a fitting tribute to a man so clearly loved by all. In the region of 450 people attended the funeral. The church was packed with people sitting and standing in every space. On a bright but cold day hundreds more were in the churchyard, where the service was relayed. The service was conducted by Rev. Victoria Mellor. There were moving tributes to Neil by Andrew “Bruno” Bourton and Nick Helfrich, representing his close friends. The lessons were read by two of Neil’s uncles, John Haynes and Nigel Lambert.

This entry was posted in Uncategorized. Bookmark the permalink.

This site uses Akismet to reduce spam. Learn how your comment data is processed.